These are the types of bow in use in archery clubs and competitions, (with the exception of Crossbows)

This is the bow most commonly seen used in archery clubs for target archery and is used competitively up to Olympic Status.  Also the bow you are most likely to start with. There are various attachments to the basic bow which include, sights, stabalising rods, and 'clickers' all intended to enhance the accuracy of your shot.

You may also encounter  'barebow ' where the attachments are dispensed with and your archery is more challenging.  Barebow is further broken down into traditional for which wooden arrows are used with a fixed face reference point.

The traditional bow famous in the history of English archery,  often made from yew, using the section of the tree to utilise the sapwood and the heartwood. Today’s longbows are usually made from laminates of different woods to use the different characteristics of compression and stretching obtained from yew.  A longbow must have a cross section in the shape of a D and horn nocks, otherwise is will be classed as another type of bow – a flat bow.

A Flat bowlike the longbow is non-recurved, flat, relatively wide limbs that are approximately rectangular in cross-section. Because the limbs are relatively wide, flatbows will usually narrow and become deeper at the handle, with a rounded, non-bending handle for easier grip. This design differs from that of a longbow which has rounded limbs that are circular or D shaped in cross-section, and is usually widest at the handle. A flatbow can be just as long as a longbow, but can also be very short

This is the most technically advanced type of bow, uses a levering system of cables and pulleys. In general, compound bows are widely used in target practice and hunting. The pulley/cam system grants the user a mechanical advantage, and so the limbs of a compound bow are much stiffer than those of a recurve bow or longbow. Most compound archers do not release the string with just a finger tab but use a release aid.

Traditional Mongolian style of recurved hunting bow, shorter than a long bow.  Some styles were originally made for use on horse back.  Some horsebows  can be used at low draw weights by for example people with wrist problems.

Not seen in the sport of archery as they are more akin to a weapon. When used in warfare the crossbow has the disadvantage of a much slower firing rate. Much shorter than other bows and held horizontally crossbows fire a ‘bolt’ rather than an arrow  and are mechanical with a lever to wind up the bow string ready for release  with a trigger 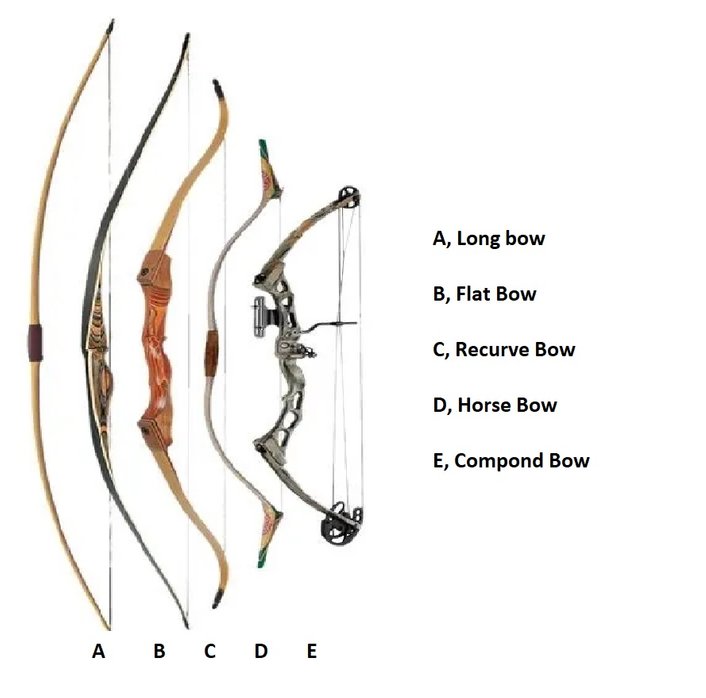 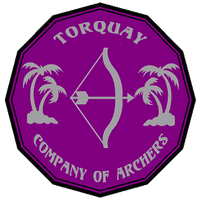